Several hundred people stood in the cold and rain to protest for transgender rights at Leinster House on Saturday.

Co-organiser of the protest, Luke Daly, said that long waiting lists, poor services and a lack of expert professionals are harming transgender people, who are amongst the most vulnerable members of society.

Trans people face high levels of stigmatisation and discrimination. Isolation, family rejection and being marginalised at home, in schools and in workplaces, are some of the issues that result in distress for trans people.

The most recent ‘Trans Mental Health and Well-being in Ireland Survey’ found that 80 percent of trans respondents said they had thought about taking their own lives and of these, 50 percent had attempted to do so, at least once.

Luke says that the first port of call for many trans people is their GP, and there can be a huge discrepancy in the responses people receive, depending on how informed the GP is on Trans issues.

“More often than not, knowledge wise, they are ill equipped to deal with the situation, whereby the patient must do independent research on the matter and reintroduce it to their GP.” 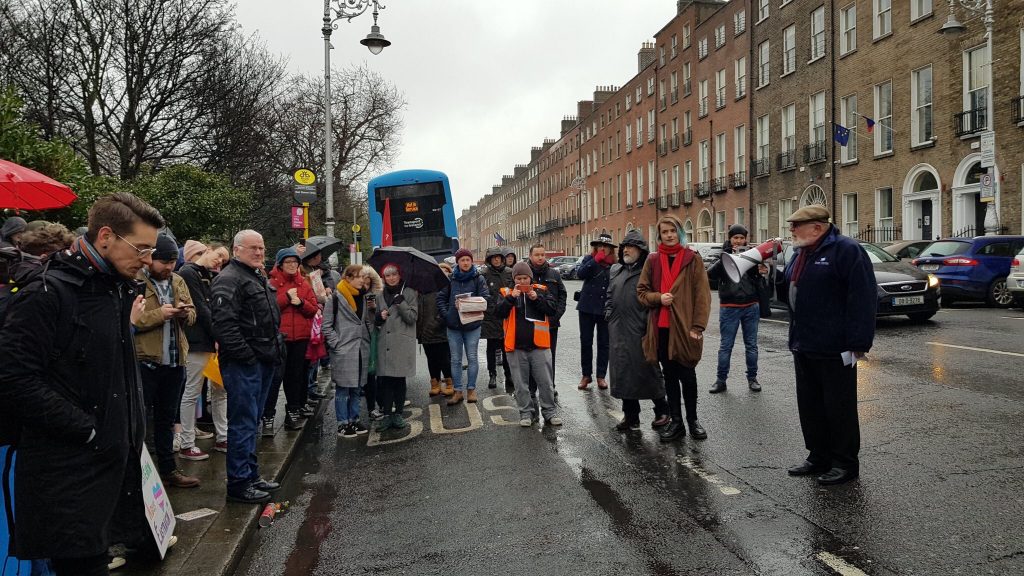 Luke says most trans people are looking to access Hormone Replacement Therapy (HRT) so that they can transition.

The current process involves a series of referrals to consultants and psychiatrists, a process that Luke says involves:

“a rigorous jumping hoop of going from pillar to post in order to ‘prove’ you are trans and then you must be ‘diagnosed’ with gender dysphoria.”

With waiting lists and cancellations trans people can wait years before being able to access Hormone Replacement Therapy.

After seeing a counsellor and her GP, Drogheda woman Aoife Martin had to wait a year for an appointment with a consultant.

When she attended the appointment she was referred to a psychiatrist for confirmation of the diagnosis of Gender Identity Disorder. Aoife says that the process was extremely wearing and stressful,

“Suddenly my entire fate was in the hands of one man who would determine whether or not I was transgender. I mean, I knew I was transgender, I’ve always known, but what if I answered one of his questions wrong or I didn’t conform to his view of what a transgender person was? During my consultation I was asked lots of deeply personal questions – about my sex life, my relationship with my ex-partner, my relationship with my kids.”

Throughout this process, the psychiatrist in question kept pausing to dictate a letter about me in which he referred to me in the 3rd person: “Aoife is overweight”, “Aoife is wearing a short skirt and black tights”.

Aoife described this process as both amusing and humiliating.

The organisers of the protest want to see the medical diagnosis model abolished and a move towards a self-informed consent model. In 2015, Ireland became one of only four places in the world that allows trans people over the age of 18 to choose and change their gender identity on their public documents.

Trans people are able to make a legal statutory self-declaration as to their gender but face hurdles when trying to access medical support in order to transition physically. 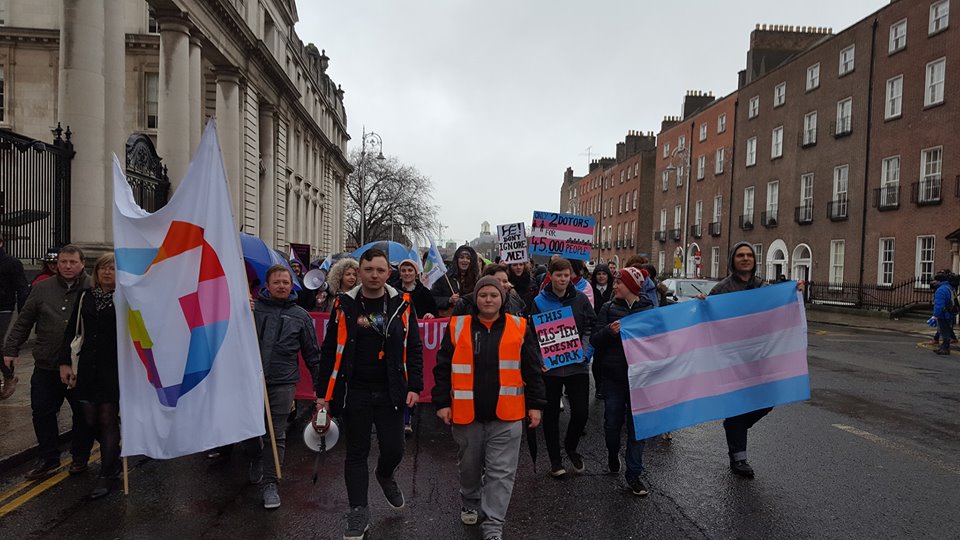 Currently, there are only two endocrinologists in Ireland who will prescribe HRT, despite every doctor and GP being qualified to do so. Aoife agrees that allowing GPs to prescribe HRT would be a more sensible option than the current system.

“Being trans is difficult at the best of times but what makes it even more difficult are the number of hoops that we have to jump through to access basic healthcare. It shouldn’t be this way and, indeed, it doesn’t need to be this way. Waiting over 18 months just to see an endocrinologist so that you can finally start taking the medication you so desperately need is both unnecessary and cruel.”