You need to register with your address in order to cast your ballot—and for hundreds of victims fleeing violence at home, that’s simply out of the question.

On 5 May 2016, two and a half million Londoners voted in the city’s mayoral contest, having had a few months of a bitterly fought campaign to weigh up the differences between Sadiq Khan and Zac Goldsmith.

But on polling day, Ash, a survivor of domestic violence, wasn’t just thinking about policies and pledges: They had to consider whether their vote was worth the risk of bumping into their abuser on the way to the polling station.

It’s nearly impossible to vote safely if you’re a domestic abuse survivor living in a refuge—and it means that hundreds of women and non-binary people will be shut out of the electoral process in the next general election on June 8.

When eligible voters in Britain cast their ballot, their addresses are published in the electoral register, which is a publicly accessible document. It’s possible to take your name and address off the open register, which is published online—but it will remain on the full register, which can be viewed by any member of the public in a town hall. The location of refuges are top secret, to protect the residents staying there. Even if one survivor wanted to waive their anonymity, they couldn’t, because of strict refuge security rules.

At the moment, the only way a person living in a refuge can vote safely is to register anonymously, which requires survivors to negotiate what Ash calls “a system of gate-keeping hell.” After wading through paperwork for weeks in search of a loophole, it finally sunk in that they weren’t going to be able to vote anonymously.

To qualify for anonymous registration, you must have one of two things. The first is a live court order or injunction that proves that the survivor has been involved recently in a domestic abuse case. Many survivors will be unable to provide this, as majority will never press charges. (Last year, the Office of National Statistics found, in their annual survey of intimate partner violence, that just 21 percent of victims even reported the crime to the police.)

If you don’t have a court order, you can also get what’s called a letter of attestation. But these orders have to be signed off by incredibly high-ranking police officers and civil servants—or the Director General of MI5.

“The people who can sign off evidence are the director of social services, police superintendents—or the head of MI5,” says Sian Hawkins, the campaigns manager at Women’s Aid. The last option is so patently ludicrous when both Hawkins and Ash burst out out laughing.

“They’re just not people survivors ever meet,” Hawkins says. “They people they do see are refuge managers, GPs, and midwives.”

Against all the advice of staff at the refuge and their social worker, Ash (who uses they/them pronouns) decided to go to the polling station for their old address—the apartment that they used to share with their abuser. 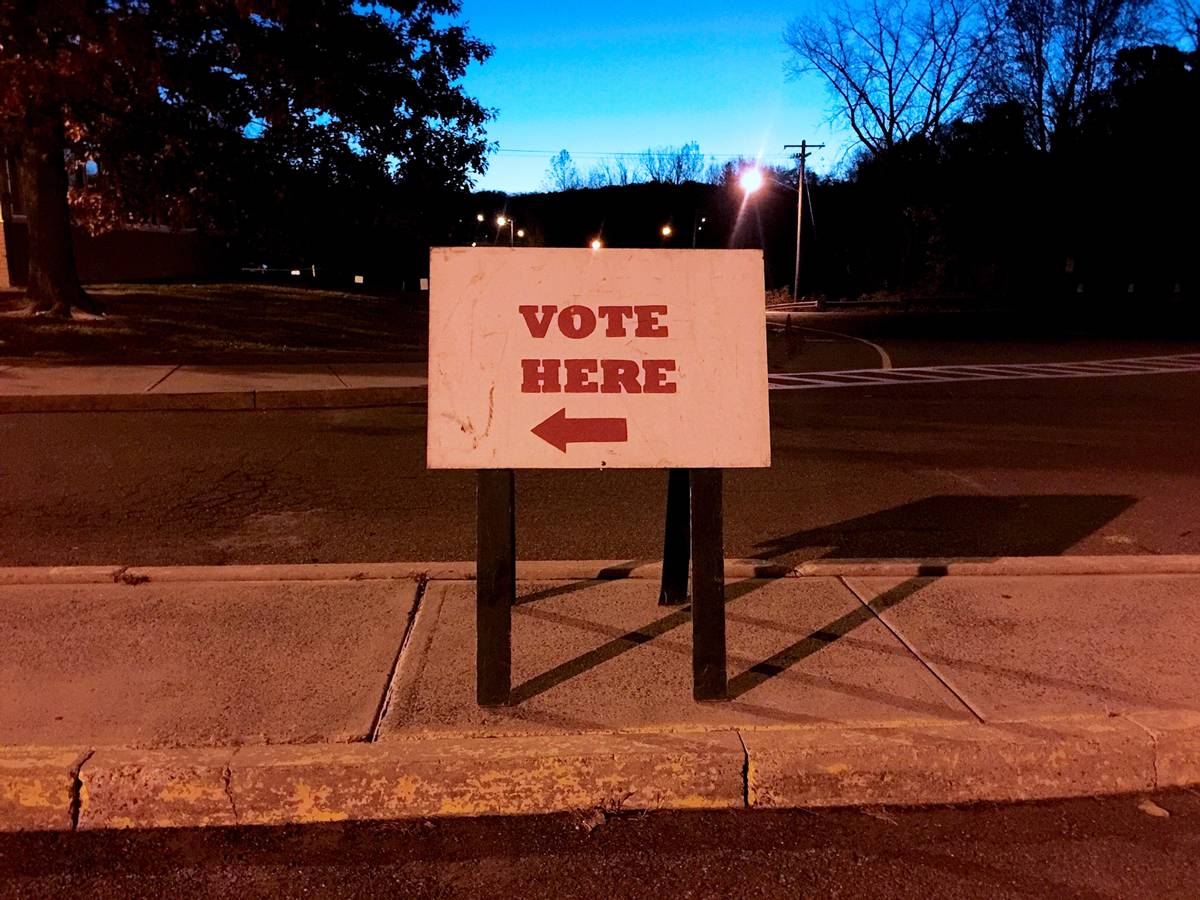 Photo by Deirdre Malfatto via Stocksy

“The station was a community center in the middle of my old estate,” they recall. “And as I was going to vote I looked up at our old flat, and I could see my ex through the window, watching TV.

“It’s ridiculous that, just to vote, I had to literally put my life at risk by going back there.”

When Mehala Osborne left her abusive ex to move into a refuge, the police offered to arrest and charge him. Like most survivors, she decided against it.

Osborne, like Ash, spent weeks banging her head against various brick walls, trying desperately to get a vote in a mayoral election in Bristol. Like Ash, all her efforts turned out to be for nothing. But unlike Ash, Osborne didn’t feel safe enough to go to the polling station at her old address.

The day everyone else was going out to vote, I honestly sat and cried.

“For the first time in my life I was actually really passionately engaged in politics, because of my experience of abuse,” she says. “I was campaigning for the rights of survivors to be on the agenda in the election, and I got three of the mayoral candidates to back a set of pledges.

“So on the day everyone else was going out to vote, I honestly sat and cried.”

Ash also speaks passionately about their feelings of frustration at being shut out of the democratic process, unable to voice any opposition to the policies that directly shape survivors’ lives.

“The people who are worst affected by the government’s policies are obviously the ones who are most shut out of the democratic process,” they say. “Meanwhile the rich white men are just going to keep voting for the Conservatives. It makes perfect sense.”

Osborne channelled her frustration into the Right to Vote campaign, which was backed by Women’s Aid, and eventually forced the government to concede that the law had to be changed in March this year.

The Cabinet Office have proposed to expand the number of people who can sign letters of attestation to include police inspectors and social workers, and potentially refuge managers and health care professionals. If passed, the new law will help hundreds more survivors vote.

These changes will hopefully be in place for the next set of local elections, which are scheduled for 2018. But they don’t apply to this year’s vote.

Osborne was understandably devastated when Prime Minister Theresa May called a snap election before any of the changes could be implemented.

“Over the last few weeks I’ve had a few emails from people who’ve seen the campaign online, asking me if the changes are in place. And having to respond to them and say, ‘I’m really sorry but it’s not done’ has been heartbreaking.”

It’s impossible to say how many domestic abuse survivors will drop off the electoral register this year. One indication lies in the annual Women’s Aid survey, which gives a snapshot of the number of women in refuges on a randomly chosen chosen day each year.

The people who are worst affected by the government’s policies are obviously the ones who are most shut out of the democratic process.

In 2016, there were 2,017 women on the survey day. There’s no national data available on what percentage of these women would have sufficient evidence to qualify for special registration— but the Right to Vote Campaign found that 70 percent of women in Bristol refuges were ineligible.

If this figure was even vaguely consistent throughout the country, hundreds of women won’t be able to vote safely this summer.

But according to Osborne and Hawkins, the figure could be even higher. Any evidence that will qualify a survivor for anonymous registration will need to be recent. Re-registering to vote every single year—and revisiting trauma to prove the severity of past abuse in the process—will remain a huge disincentive for survivors, even under the new system.

Osborne tells me, for example, she’s had messages from women who left relationships 20 years ago, and haven’t voted since, because they’re still too scared their ex might track them down.

The stories of survivors like Osborne and Ash aren’t captured in broad surveys of turnout figures. We’ll never know how many will stay at home, too frightened to go out and vote, when polling day comes around.

It’s been a hundred years since the suffragettes’ militant campaign of direct action carved out a space for women in the electoral process. But as direct action group Sisters Uncut points out, in 2017, there are hundreds, possibly thousands of women who still can’t vote.