Alysa Call was born a twin boy, but two decades later she transitioned into a woman.

The 35-year-old from Exeter was labelled ‘disgusting’ and forced to move homes because of a homophobic neighbour. But now she’s decided to speak out about her transgender journey – in the hope that she, and hundreds of others across the country, will finally become more accepted.

Alysa was born a twin boy to her brother Matt, but from the age of 5 she said she felt like she had been born into the wrong body.

“I just didn’t want to do boy things. I just felt like a girl. But I think that you just think that you’re a feminine boy I guess, but then you realise that when you get older, that feeling is actually your identity.”

Alysa kept how she felt a secret. She was fearful to go to school, thinking of excuses to get out of PE and just trying to fit in.

At 17, Alysa realised she had gender dysphoria, eventually going through gender re-alignment surgery at 22. But going through her journey in the city she’d grown up in, wasn’t easy. 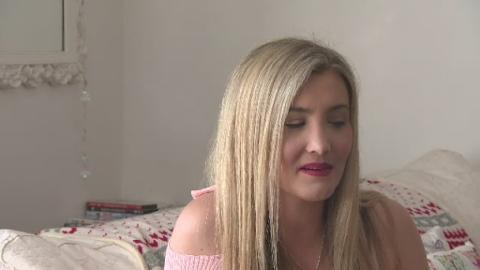 “It was hard because all you can do was comfort that person. People won’t say anything when family members were with Alysa. It was always when she was beside herself.”

Last year alone, 650 transgender people were the victims of transphobic crimes in England and Wales.

“I’ve cried so many tears, I’ve allowed that kind of negativity to affect me so much – especially when I was younger and maybe less confident. I think that you just reach a point and you think no more.”

Determined to tell her story, Alysa spoke out on the Jeremy Kyle show. Since then, Alysa’s received thousands of messages on social media, praising her for speaking out.

“If I could do some good for other people. If I can do that in my lifetime and actually change some people’s opinions and soften some hearts, then I will be more than happy with that. “

The brother and sister are united in their conviction to stand up to prejudice and intolerance. For Matt he didn’t lose a brother, instead he gained an inspirational sister.