Traumatic stress impacts the developing brains of males and females differently, according to a new study from the Stanford University School of Medicine and the Early Life Stress and Pediatric Anxiety Program.

In youth with symptoms of post-traumatic stress, there is variation in the volume and surface area of the insula between males and females who have experienced traumatic stress versus those who have not, the study found. The insula is a region buried deep within the cerebral cortex that plays a key role in interoceptive processing (how much or how little attention one pays to sensory information within the body), emotion regulation, and self-awareness. The study was published online in the journal Depression and Anxiety on January 9. It is the first study to date which has examined sex differences in subdivisions of the insula in youth with trauma histories.

While many individuals experience trauma, curiously, not all of them develop post-traumatic stress disorder (PTSD). People who are diagnosed with PTSD or have had a traumatic stressor in their lives endure exposure to actual or threatened death and “intrusive” thoughts afterward, which are associated with the traumatic event. These intrusive symptoms are coined such because they are unwanted and unwelcome by the individual who experiences them, and can include repeated, involuntary distressing memories, dreams, flashbacks, and intense, prolonged psychological and physiological reactions, as if the traumatic event were still occurring (even though it has long ceased). In turn, the individual exposed to trauma who is prone to developing PTSD will avoid any stimuli associated with the traumatic event and will experience changes in thought and mood, as well as consistently heightened arousal (APA, 2013). Previous neuroscienceresearch has found that changes in the insula following trauma contribute not only to the development of PTSD, but also to its maintenance. Similarly, it was found that women who experience trauma are more likely to develop PTSD (Hanson et al., 2008), but scientists have not been able to pinpoint why… until now. 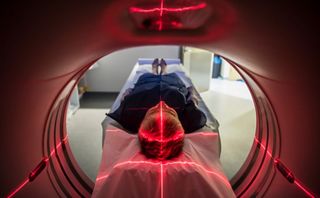 59 youth between the ages of 9 and 17 participated in the study. Half of the individuals exhibited PTSD symptoms and half did not. The two trauma versus no-trauma groups had similar age, IQ, and sex characteristics. Of the 30 participants (14 female and 16 male) with trauma, 5 reported one traumatic stressor, while the remainder (n=25) reported more than two traumatic stressors or chronic trauma exposure. Using structural magnetic resonance imaging (sMRI), researchers scanned the participants’ brains and compared healthy male and female brains to the brains of males and females with PTSD symptoms. Though there were no structural differences in insula subdivisions between healthy male and female brains, there were notable differences between males and females in the traumatized group. Boys with trauma had larger insula volume and surface area than boys in the control group, while girls with trauma had smaller insula volume and surface area than girls in the control group. This finding suggests that trauma not only impacts the developing brain, but also that it impacts the development of boys and girls quite differently.

Insula volume decreases with aging (Shaw et al., 2008), and the reduced insula volumes in girls with PTSD symptoms suggests that this part of the brain is prematurely aging in part due to traumatic stress. Klabunde, Weems, Raman, & Carrion (2017) drove home the importance of these findings in their paper:

“By better understanding sex differences in a region of the brain involved in emotion processing, clinicians and scientists may be able to develop sex-specific trauma and emotion dysregulation treatments.”

The study also helps highlight the interplay between nature and nurture when it comes to assessing complex mental health issues, such as PTSD. While most people do not readily have access to equipment such as an MRI scanner used to elucidate this study’s findings, mental health professionals and patients alike do have the ability to remember that environmental stress translates to neurobiological changes and that these changes differ between the sexes, meaning a one-size-fits-all approach to PTSD will be much less effective than a treatment which considers contextual variables of the individual, such as biological sex.