An Irish social worker’s journey of understanding and the testimony of a trans man: ‘The hardest bit at first was saying it out loud’ 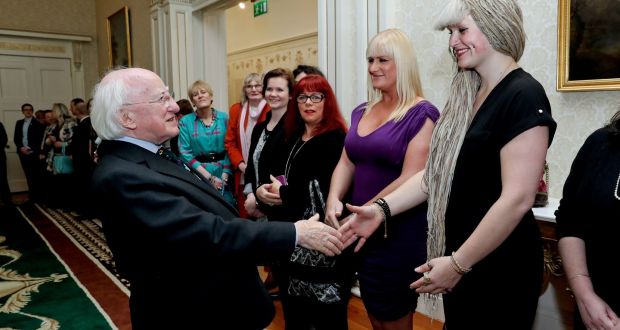 As a gay man, I became interested in transgender issues for two reasons. The first was that before I started researching the subject I did not know any trans person and the second was that I wanted to discover the real reasons why people are dissatisfied with their gender and seek to change it. I wanted to speak with people who were transgender and hear their stories. I wanted to demystify the wrongful image that the media have portrayed of people having “sex change” operations on a whim.

Writing this book took me on an extraordinary journey. I contacted LGBT support groups who put me in touch with trans people and organisations before I travelled all over Britain and Ireland interviewing trans people and listening to their life experiences first-hand. I utilised my social worker skills to help me find out why there were women and men who felt uncomfortable with their gender and sought to change it. I discovered the prevailing reason prompting trans people to change is because of incongruence between their brain and physical body. After deciding to transition they often discarded years of emotional agony and unhappiness.

There is no easy or magical way to change gender. It is often a drawn-out process of doctor’s appointments, life-long hormone treatments and surgery but everybody I interviewed had no regrets that they chose to transition to a new gender.

Nearly all the people I interviewed for the book noted having issues with their gender identity in childhood. Many recalled how, as boys, they dressed as girls – and vice versa – and how, as children, they played with toys designed for the opposite sex. Some of them only felt comfortable playing with children of the opposite physical sex. These were childhoods filled with silence: how they felt about themselves was never discussed and only rarely were any of them able to confide in a family member or friend. So great was their distress about their bodies, their pubescent years were often marked by self-harming incidents and suicide ideation. Eventually, these issues subsided after they begun the transitioning process and had developed a greater sense of value and identity of who they were.

There are four main categories in the trans community: trans women, trans men, non-binary people (those who do not identify as male or female); and crossdressers. Trans women, up until recently, made up the largest percentage of people who transitioned, although the biggest increase in the past few years are in the number of trans men and non-binary people.

Some trans women have a difficult time in passing as women although a few pass better than most. Less practice early in life means they often struggle to develop a good sense of clothes style and make-up and further problems occur for those who are naturally large-framed or tall and have big hands and feet. Facial electrolysis may work better for some than it does for others. Many trans women have undertaken full reassignment surgery – because the surgery is less risky than for trans men – and nearly all will have at least had breast enhancement because breasts do not necessarily grow that much whilst taking oestrogen. Having testicles removed also ensures that the body stops producing testosterone. There are long waiting lists for surgery, with many opting to travel overseas to Thailand and America.

Trans men, on the other hand, have a less difficult time than trans women in the sense that they pass much easier in their new gender. This is partly because taking testosterone helps to masculinise the body. Although trans men are less likely to have full reassignment surgery that involves genital surgery, nearly all of them have chest reconstruction surgery. Most trans men feel that their body dysphoria eases after they have had their breasts removed and this helps them present in their new gender with greater confidence. Like trans women, many trans men opt to travel abroad for private surgery although few have genital surgery because of its risks, the need for multiple surgeries and the high expense.

Non-binary people consists of younger trans people who do not identify as either men or women, depending on their gender assigned at birth, or those who consider they are both genders. There are more than 20 non-binary terms/descriptions in this category to help explain gender internalisation and how this dictates the way the person presents to the world. Many non-binary people are drawn to an androgynous state although it’s also quite common, for example in the case of a “genderf**k” person assigned male at birth, to have grown a beard and choose to wear female clothes and make-up.

Although cross dressers are recognised as being part of the wider trans community, they are mainly heterosexual men who are comfortable in the gender they were assigned at birth. They do not endure gender dysphoria nor do they have any inclination to transition to female or adopt an androgynous state. Since they dress in female clothing they are often regarded as trans women but it’s there that the resemblance ends because most are happily married and have no desire to live full time in the opposite gender.

There is no doubt about it, transgender people are becoming more visible in society because more and more people are coming out and transitioning earlier in life than in previous decades. It is estimated that in 10 years’ time, most people will know a transgender person, just like everyone currently knows somebody who is gay, lesbian or bisexual. By that time, much of the current curiosity and fascination surrounding trans people will have waned because it will have become the norm for people to say they have trans relatives, friends, neighbours and work colleagues.

I take great pride in knowing that I have written a book that will help bring about greater understanding of trans people and clear up senseless misconceptions and discrimination – for those connected to the LGBT community and those who are not.

‘The hardest bit at first was saying it out loud’ – Ross, a trans man

The hardest bit at first was saying it out loud. When I was 11 I told teachers at school that I was a boy. The head teacher wrote to my parents expressing concern at what she considered unacceptable behaviour.

In my twenties, I was in a straight relationship. My boyfriend wanted children, I didn’t. It came to the point where I discovered that no matter how hard I tried to suppress my feelings, I always returned to questioning my identity. In the end, I came out to my boyfriend and although we split up, he was very supportive. We are still good friends. All of my other friends were great and full of encouragement towards my decision to transition.

My mother is an evangelical Christian. She deplored my transitioning and has never accepted it. To this day, she still calls me by my old name. I have got over it upsetting me and have come to terms with her disapproval. It wasn’t such a big deal for my elderly father who told me that he had met people like me before. He offered me advice to be strong. Overall, my friends were amazing.

People feel trans people are a complete drain on the NHS. Certain sections of society are of the view that we cost billions because of hormone treatments, surgery and through gender clinics and psychiatrists. It is such a misleading conception because being trans is not a lifestyle choice. It is the opposite really in the sense that transitioning and all that it entails is necessary to free people from the unbearable mental torture that blights people for many years before they come to their decision to transition.

Transitioning to male has made me who I am today. It has made me the person I ought to have been all my life. I feel good with myself now like I never felt before. I now realise that my old life was never going to work. I was never a woman. Okay, I had the body of a woman but that is all. My mind – the way I thought – and the person inside were all male.

Trans Voices: Becoming Who You Are is published by Jessica Kingsley Publishers on January 19th